No bath at The Rec as the Blue, Black and Whites sink Harlequins

As most of the south west was paralysed by floods last Friday evening, Bath Rugbyachieved a famous and much needed victory over London’s Harlequins. 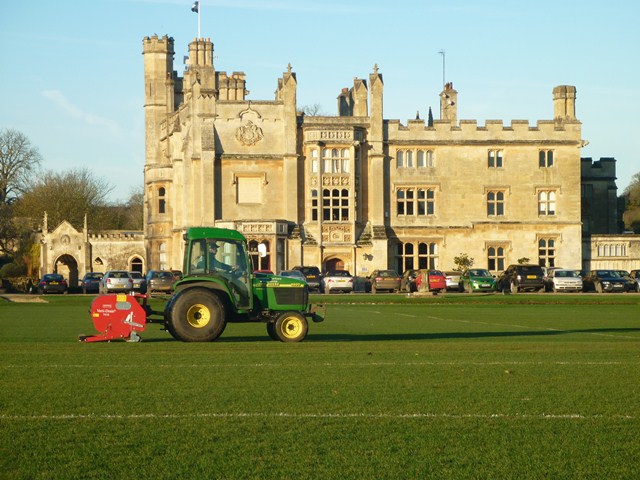 That the match was able to proceed at all was a notable victory for the Bath grounds staff, with their upgraded aeration/maintenance programme reaping reward for the Club as the Sky televised match went ahead. As other weekend sports fixtures fell by the wayside following the heavy rains and with the flooding River Avon lapping at the stadium walls, the rugby pitch on the iconic Rec remained playable.

Darren Ball, Bath Rugby’s head groundsman, explained that the efforts made by himself and his team did not go unnoticed “ The teams were really pleased to be able to play this match when others were being threatened with postponement. Naturally, everyone associated with Bath Rugby is delighted to have triumphed over such a high-ranking side as Harlequins and it gives me and my staff a great deal of satisfaction knowing our efforts are producing surfaces for the team to perform on.” He added, “When Bruce Craig (the owner of Bath Rugby) expresses his thanks for getting the match on and the coaching and playing staff remark on how good the surface played, you feel great pride in what you have done and it drives you on further.”

Over the past four years at The Rec, Darren has worked closely with Ecosol Turfcare, and they have combined to develop a maintenance and renovation regime that has addressed issues specific to the unique environment and pitch position seen at The Rec. The multi-use obligations of the recreation ground (a public open-space) mean that timings and techniques must be adopted to enable non-rugby activities to take place too but, critically, they must also create the best surface for top-flight rugby.

Darren Ball continues, “When club ownership changed, Bruce Craig invested heavily in the team, The Rec and the training ground at Farleigh Hungerford, and is now providing the club with probably some of the best facilities in the country. This means that pitch quality must be high too and fortunately I am now able to get the best equipment and practices in to be able do that.”

The terrific win over Harlequins will doubtless inspire confidence all round and this week's European Amlin Cup match against Italian side Calvisano  presents another opportunity to perform again on the famous Avon-side pitch.