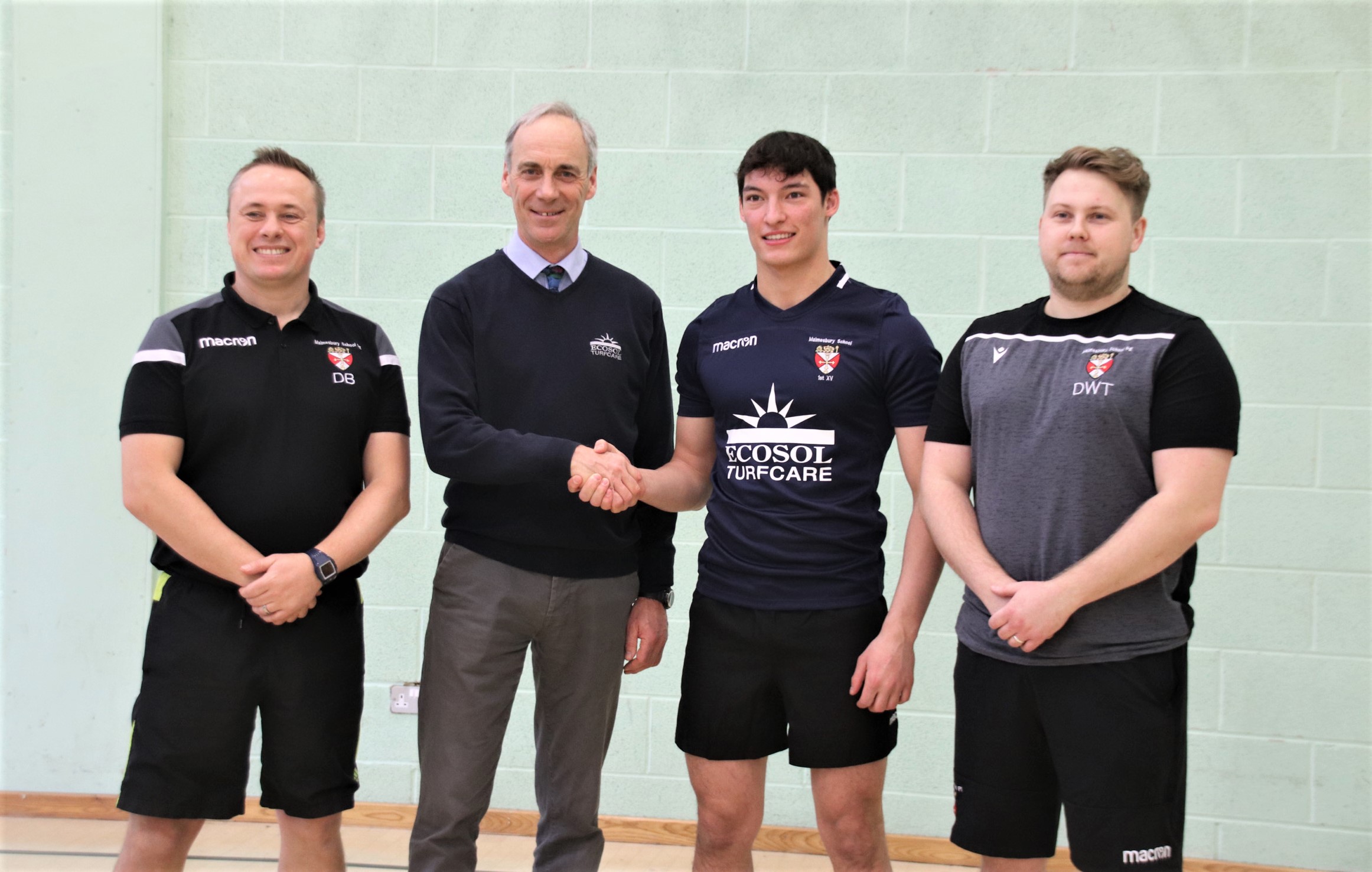 We recently supplied our local secondary school with a full set of kit for the team which has been chalking up numerous successes since it was first established for the Sixth Form in 2011.

“Education cuts being what they are, we are delighted to be able to make this gesture and help out a school where both our children had been prominent in sport during the past few years,” said Bretton King, Ecosol Turfcare MD, who also referees school matches on occasions.

Dan Baker, who has long championed rugby at Malmesbury School and is now acting Deputy Head said, “ Ecosol Turfcare supplied the original kit for the team and it is great to be able to maintain the connection through this sponsorship. There are exciting times ahead for the squad and it will be great to look the part”

In 2019, the team was runner-up in the competitive Melksham Sevens Tournament and is hoping to go one better in the forthcoming challenge for 2020. Next year, there is a joint Rugby and Netball tour around Cape Town and Malmesbury South Africa, co-inciding with the British and Irish Lions tour of the country.

The Malmesbury team boasts a number of talented young Colts from Wiltshire rugby clubs and School Captain, Tim Iliffe-Moon, plays for Chippenham 1st XV and at County level for Dorset and Wilts.